The pros and cons of Zone picking 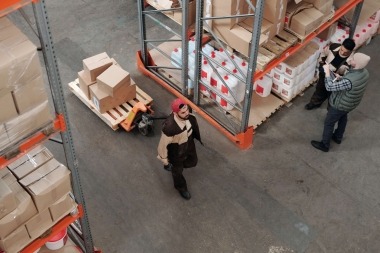 The digital economy has placed a renewed focus on the role order fulfilment plays in modern warehouse operations.

Increasing customer expectation and continued innovation from titans like Amazon is forcing companies to review and optimise their picking processes.

There are several options when it comes to picking (for instance, discrete, batch and wave), but in this article, we’re going to focus on zone picking. This is partly because it’s the preferred strategy for many distribution centres, but also because it’s important to understand the advantages and disadvantages before integrating zone picking into your operation.

What is zone picking?

Zone picking is sometimes likened to an assembly line; pickers are assigned to specific areas of the warehouse and made responsible for picking the SKUs within that location.

The idea behind zone picking is to reduce picker travel by keeping them in specific zones. Sometimes referred to as the ‘pick and pass’ method, zone picking is typically planned so that just one operative is assigned to each zone per shift.

Zone picking may or may not work for your operation. We’d like to help you decide by looking at its pros and cons.

With workers only operating in specific zones, there’ll be far less chance of multiple people walking through the same isle.

This not only reduces clutter and the time taken to walk from zone to zone - it practically removes any chance of pickers delaying their work due to congested isles.

If you have a large number of SKUs in stock, zone picking will ensure items move quicker than under traditional picking methods.

For instance, if you’re aware of which SKUs move the fastest, you can split them up into zones strategically to speed up their movement.

In fact, zone picking benefits operations of all sizes, because it minimises the time each order spends travelling around the warehouse.

Like it or not, social distancing is going to be around for some time, and zone picking is the ideal way to limit staff contact within a warehouse operation.

Clearly, if you receive multi-part orders which contain SKUs that are spread out across zones, you’ll need to combine them.

This requires effective collaboration between your picking teams but may negate some of the benefits of zone picking if multi-part orders are a common occurrence.

There’s a chance you might see a dip in morale if pickers are assigned to zones on their own.

The lack of human interaction under a zone picking operation isn’t ideal for team building, therefore if you opt for zone picking, it’s important to combine it with a healthy team ethic that encourages remote collaboration.

You might find that demand per picking zone is inconsistent. This will inevitably leave some pickers extremely busy while others wait for work.

Every operation is different which is why it’s ultimately your decision as to whether or not you implement zone picking. Hopefully, we’ve given you plenty of food for thought while you make that decision! 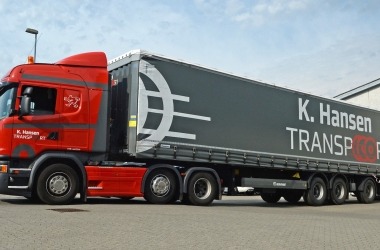 Four Key Effects 5G Technology May Have On Logistics